What could Allison Langdon of Australia’s Nine Network be thinking? It shows how out of touch film and television celebrities are. News reports say the ratings for the Langdon/Stefanovic duo’s TODAY SHOW have slumped yet again. What do they expect? Mocking and rubbishing a woman for putting her husband and children first would turn off many woman who have chosen for a working career, let alone those who have chosen for their family either full-time or work part-time.

Bitter Harvest is a comprehensive appraisal of Bruce Pascoe’s book Dark Emu. Pascoe postulates that, rather than being a nomadic hunter-gatherer society, Australian Aborigines were actually sedentary agriculturalists with ‘skills superior to those of the white colonisers who took their land and despoiled it’. Dark Emu has enjoyed extraordinary public and critical acclaim, winning Premier’s literary awards in New South Wales and named Book of the Year. Professor Marcia Langton called it ‘the most important book on Australia’. Its ideas have already been taken up in school texts and the ABC is producing a documentary series about it.

But nothing in Dark Emu justifies its success. Bitter Harvest is a forensic but highly readable examination which reveals that Bruce Pascoe omits, distorts or mischaracterises important information to such an extent that, as purported history, Dark Emu is worthless. Even worse, it promotes a divisive, victim-based agenda that pits one Australian against another.

ORDER IT THROUGH QUADRANT

It’s hardly a secret that free markets have fallen out of favor among conservatives throughout the West in recent years. Whether it’s Britain’s Theresa May, Germany’s Angela Merkel, or Australia’s Malcolm Turnbull, many center-right politicians have quietly re-embraced some of the economically-interventionist polices that prevailed between the 1940s and the 1970s. Likewise, important segments of conservative intellectual opinion, such as the American journal First Things, have substantially qualified their formerly strong support for market economies.

There’s many reasons for this. One is growing worries about some of the apparent social and cultural effects of free markets. Another is the undeniable spread of economic nationalism, fueled by the sense that free trade has undermined entire communities’ well-being. Nor did the 2008 financial crisis help the cause of free markets inasmuch as economic liberalization was perceived to be the prime culprit

Up to 1,000 children may have been victims in worst UK abuse ring

Up to 1,000 children could have fallen victim to child sexual exploitation in Telford over a 40-year-period, according to a Sunday newspaper.

An investigation by the Sunday Mirror gathered allegations of abuse in the Shropshire town said to include cases involving girls as young as 11 who were drugged, beaten and raped. Read on…

Britain’s ‘worst ever’ child grooming scandal exposed: Hundreds of young girls raped, beaten, sold for sex and some even KILLED

Up to 1,000 children could have suffered in Britain’s worst known abuse scandal – where sex gangs targeted girls as young as 11.

The rape hell of vulnerable young girls in one town – Telford – went on for a shocking 40 years, the Sunday Mirror can reveal.

As many as 1,000 children could have suffered at the merciless hands of perverts and torturers in Telford since the 1980s.

Girls as young as 11 have been lured from their families to be drugged, beaten and raped in an epidemic that, say victims, is still ongoing. Read on…

‘The time for reconciliation is over’: South Africa votes to confiscate white-owned land without compensation

SOUTH Africa’s parliament has voted in favour of a motion that will begin the process of amending the country’s Constitution to allow for the confiscation of white-owned land without compensation.

The motion was brought by Julius Malema, leader of the radical Marxist opposition party the Economic Freedom Fighters, and passed overwhelmingly by 241 votes to 83 against. The only parties who did not support the motion were the Democratic Alliance, Freedom Front Plus, Cope and the African Christian Democratic Party.

It was amended but supported by the ruling African National Congress and new president Cyril Ramaphosa, who made land expropriation a key pillar of his policy platform after taking over from ousted PM Jacob Zuma earlier this month.

“The time for reconciliation is over. Now is the time for justice,” Mr Malema was quoted by News24 as telling parliament. “We must ensure that we restore the dignity of our people without compensating the criminals who stole our land.”  Read on…

If you were a Martian visitor just disembarked from of one of Elon Musk’s rocket ships and were therefore uninfected by earth-based fake news, the culprits in Washington’s witch-hunt de jure would be damn obvious.

They include John Brennan, Jim Comey, Sally Yates, Peter Strzok and a passel of deep state operatives — all of whom baldly abused their offices. After Brennan had concocted the whole Russian election meddling meme to sully the Donald’s shocking election win, the latter three holdovers — functioning as a political fifth column in the new Administration — set a perjury trap designed to snare Mike Flynn as a first step in relitigating and reversing the voters’ verdict.

The smoking gun on their guilt is so flamingly obvious that the ability of the Trump-hating media to ignore it is itself a wonder to behold.  Read on… 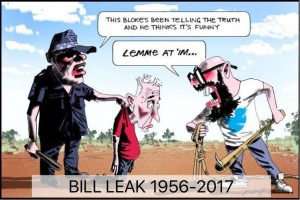 Steve Bannon, President Trump’s Chief Strategist has come under a lot of scrutiny since Trump’s election. The liberal-left media is throwing around (not unexpectedly) accusations of far-left and fascist. The man himself gave an extended speech at the Vatican in 2014 that reveals the real thoughts of the man. BuzzFeedNews were generous enough to reproduce the whole speech under the title This how Steve Bannon sees the entire world. It would be good if the leftist commentators would pay some attention to what he thinks instead of shooting their mouths off about what they imagine he thinks.

Below is a summary of the Vatican speech produced by the Stream.

Í must admit that the first exposure to the Milo Yiannopoulos phenomenon was exhilarating. The accuracy of his articulation of conservative complaints about the Left and the speed of his wit left me almost breathless. He was a like a courageous medieval knight slicing swathes through the enemies of Western Civilization. The tremendous force of Milo’s personality, however, and his rage against the enemy seduces one to overlook the foul language and abuse. Jonathon Van Maren in a thoughtful commentary brings the issues of Milo into focus. In his last paragraphs, he sums up the dangers for conservatives of taking the fight against the Left too far into speech and action that is repugnant to the conservative mind.

Obviously, I know that Milo’s shtick is to facilitate outrage. That’s what he does, and he does it very well. But there’s a difference between saying “feminism is cancer” and then having a merry time defending the metaphor and calling women you disagree with the c-word. Conservatives who have felt suffocated at the spread of draconian speech codes and accusations of the original sin of white privilege and the never-ending oppression pyramid and identity politics should resist the temptation to abandon our own principles in the heat of combat and victory. After all, if we forget what we are fighting for in the first place—a worldview that truly respects women, that believes in according dignity to each human being because they are created in the image of God, and a society based on family values and mutual courtesy, then we become no different than the enemy we fight.

I know that gleeful and savage iconoclasm is providing many people with catharsis at the moment. But to forget who we are would be to snatch defeat from the jaws of victory.